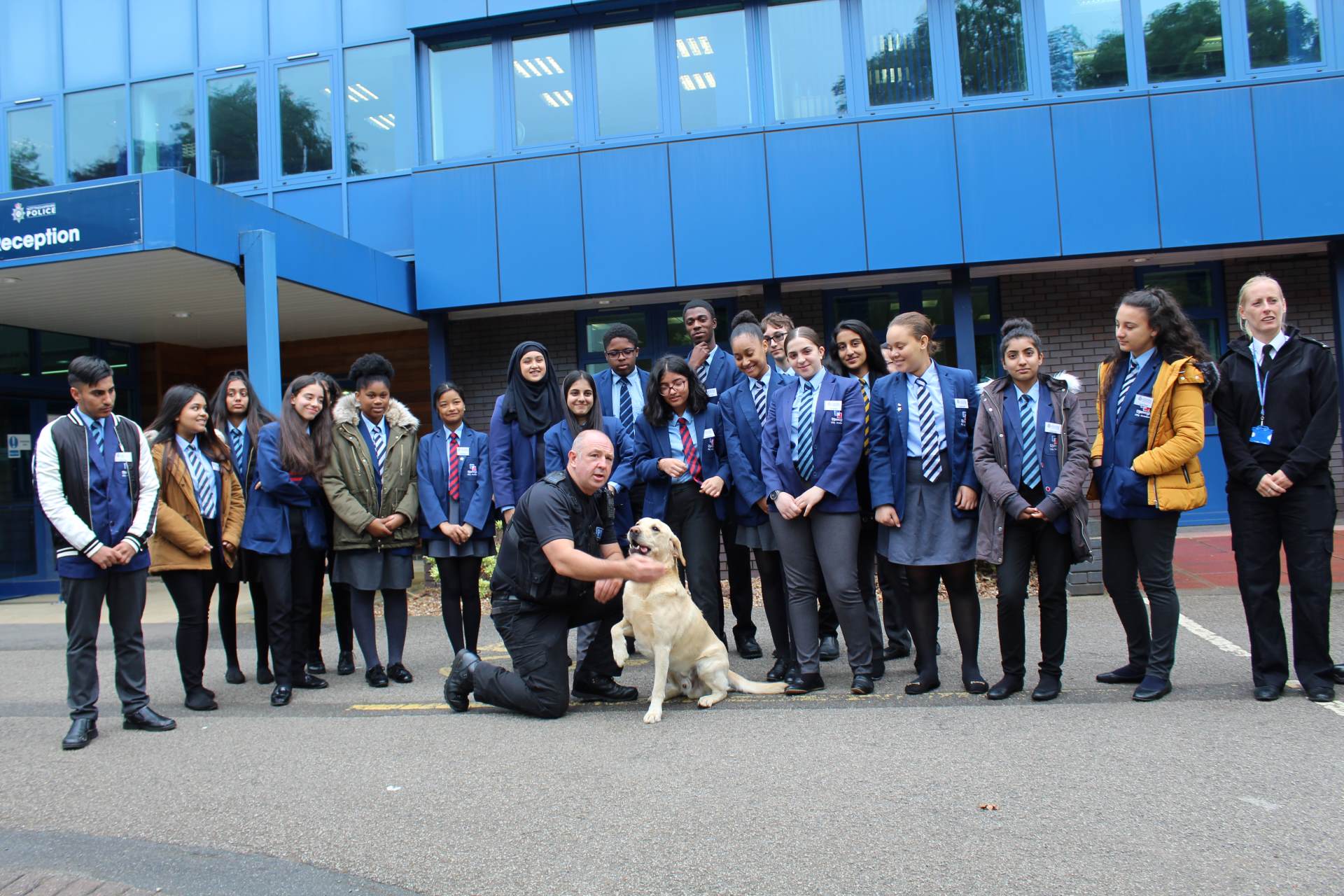 The day started with a warm welcome from Chief Constable Craig Guildford, encouraging the students to make the most of this new experience by asking as many questions as possible to the departments they would meet.

Throughout the day, the students had a number of presentations from several police departments, starting with a visit to the Control Room and then a talk about the Cadets and the exciting roles they do. This was followed by a visit from the dog section where students watched a demonstration by a police dog.

Following this, all students had a detailed talk about drugs and the dangers of them. Students also benefited from a stop and search video produced by the Office of the Police and Crime Commissioner (OPCC) as well as hand-outs given to each student allowing them to know their rights.

There was also input from the Head of Corporate Communication around the importance and value of the many different types of media the police use to communicate with the public and what we need to consider when finding out and publishing details of an incident.

After this, students spent time with crime scene investigators, where students got to practise taking fingerprints and footprints and get an understanding of why the police need to preserve crime scenes. The students then had a visit from the Operational Support Unit where they were able to see what is carried within police vehicles and what a response officer may need to consider when attending a response call.

Then, to close the day was a talk by the Crash Investigation Team about the importance of road safety in vehicles and also the dangers of using mobile phones or sat navs whilst driving.

A further visit has been planned in conjunction with the students from Djanogly City Academy, who were a credit to the school as their behaviour was exemplary. We hope they enjoyed the day they spent with us at Headquarters and it's important that we engage with underrepresented groups by opening our doors and allowing these students to meet officers and staff. We were happy to give them the opportunity to ask police questions about their roles and we hope this will inspire students to meet and engage with representatives from their communities in uniform or members of staff.

After all, if students can't see themselves in uniform, how can we expect them to aspire to achieve if this is a career within the Police Service they wish for.