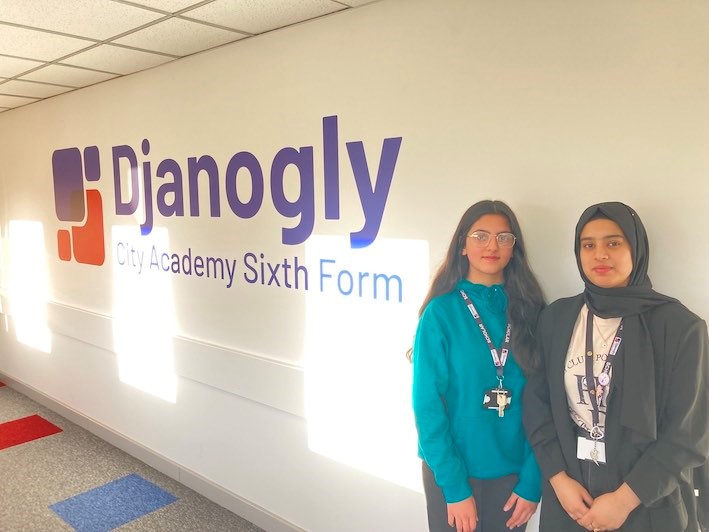 A new sixth form facility for A Level students has been unveiled at Djanogly City Academy.

Djanogly City Academy Sixth Form, which opened in September 2022, has welcomed its first cohort of 45 students.

The sixth form is based within Djanogly City Academy’s Sherwood Rise site following a £250,000 refurbishment.

New facilities for sixth form students include 15 classrooms, a study hub, a library and careers room as well as a new reception area and toilet block.

A BTEC National in Sport, which is equivalent to A Levels, is also part of the offer.

The sixth form will be opening its doors to the public next month. An open evening will take place on Thursday, November 3rd from 6pm until 8pm.

Visitors will be able to tour the new facilities, meet staff and students, and hear more about the A Level subjects on offer. To find out more, email sixthform@djanogly.notts.sch.uk.

Andy Smith, Principal, Djanogly City Academy, which is Ofsted graded ‘good’, said: “We are thrilled to have welcomed the first scholars to our new sixth form that provides an exciting choice of A Level subjects.”

He added: “We have high aspirations for our scholars and the new A Level offer will prepare them for their future careers. We look forward to seeing our sixth form community grow.”

Student Alina Ishtiaq, 16, who is studying three A Levels in biology, history and sociology, said: "I decided to join the sixth form because I really liked the idea of having smaller classes.

“Firstly, I felt that this would help me get more individual support in lessons. Secondly, I already know the teachers which is good because they can give me honest feedback that is personal to me."

"The first few weeks of sixth form have been very good and interesting. The sixth form team has done an amazing job with helping me and other students to use our time well and has supported us in every way possible, which I'm very grateful for."

"My aspirations for the future are to go down the path of law and, hopefully, become extremely successful in whatever I choose to do. After finishing my A Levels, I want to attend university so that I can achieve my dream of becoming a lawyer.”

Student Qirat Asghar, 16, who is also studying three A Levels in biology, history and sociology, said: “I decided to study at Djanogly City Academy Sixth Form because I was part of the scholar leadership team responsible for developing the sixth form. I thought it would be an amazing opportunity to study in an environment that I had helped to create.

“So far, I am really enjoying the sixth from because it is a huge change from GCSEs, and I have learned to be a lot more independent with my studies. It has been a little bit challenging to ensure that I don't fall behind with the work.

“However, receiving constant support from my teachers and the Head of Sixth Form about revision has made me more confident in myself and more comfortable about asking for help.  My hopes and aspirations in terms of a future career are to either study a degree in paramedic science or medical law.

“I enjoy my A Level subjects very much and I'm also very interested in taking part in work experience to learn more about my career choices and ensure that I am best prepared for the future.  After finishing my A Levels my plan is to study at university, most likely the University of Nottingham.”

Djanogly City Academy, which is part of Djanogly Learning Trust, serves a diverse community and is focussed on ensuring that all scholars can succeed; its motto is ‘achievement: no excuses’.