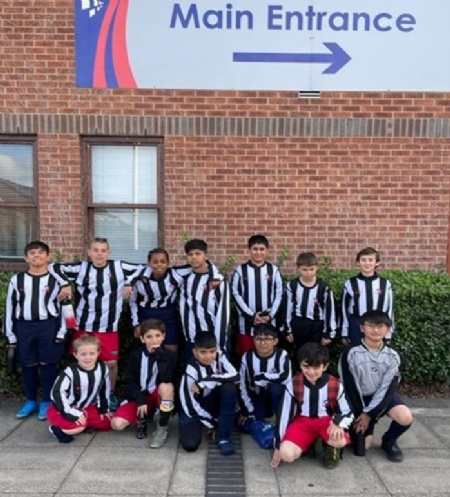 I just wanted to share with you some success for the fledgling Year 7 football team.

Last night myself and Mr McCafferty took a squad of 13 Year 7 scholars to Trinity school to take part in a football tournament against other schools from across the city. There was a real buzz of excitement even before we boarded the coach. For myself as well post-COVID restrictions it was wonderful to be able to get back out onto the pitch again with a great team of scholars.

They all represented the academy brilliantly. Their effort and application during the matches was fantastic and their attitude on and off the field was a credit. I felt very proud to take them and I know Mr McCafferty echoes those sentiments. They improved as the matches went on and given for some this was their first experience of 11-a-side football they grew as the matches progressed, culminating in a superb 2-1 win over Bluecoat Beechdale.